The modified Hubble will have a central storage bay within its center to provide the Hubble equipment with a lunar lander. Once on the ground it would have its secondary purpose as a mounting quad for the observatory. This quad would provide motoring capabilities to direct the observatory from remote dish antenna based near-by. A solar powered dish source would power the motoring for the system. The lander is designed to carry a 14-17 metric ton load. The Hubble weighs in at 24,500 lbs. 12.25 tons well within the weight limits. The base perimeter of the lander is 31.16 feet x 31.16 feet is also within the 14-foot width of the Hubble. 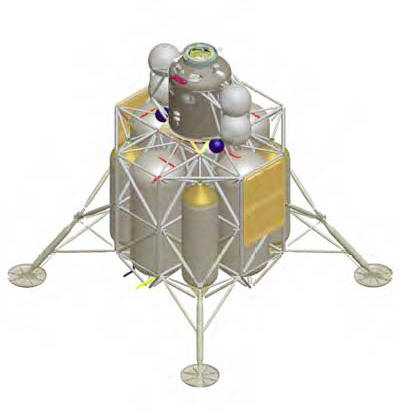 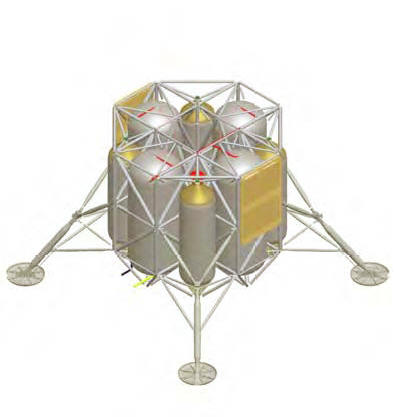 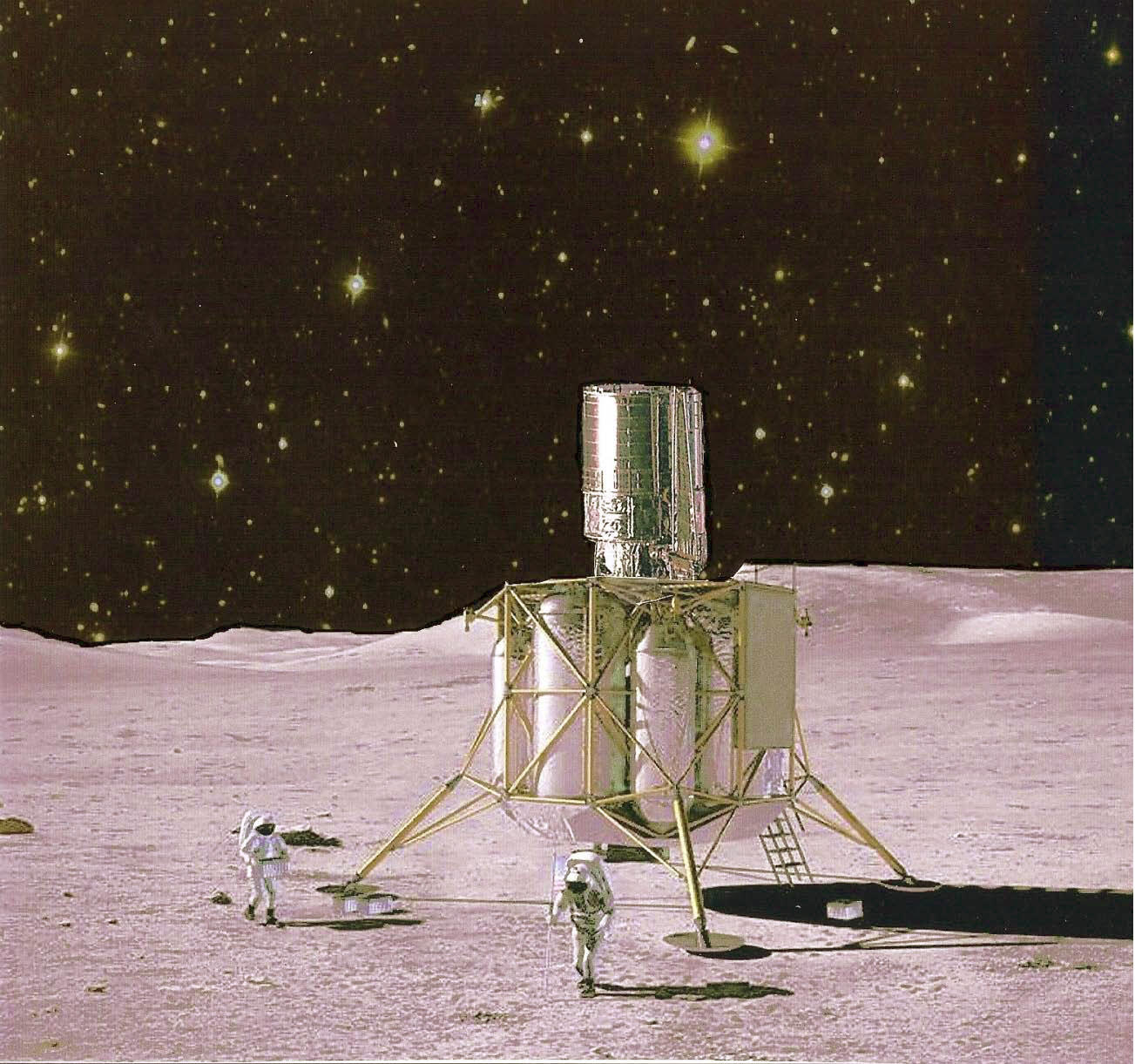 A 14-foot expansion within the center of the Altair Lander would allow the positioning of Hubble which would be retracted and extended into the lander with solar power hydraulic arms.  A motor at the base of the lander would turn the Hubble toward its celestial angle.  The combined equipment would be affected by 1/6 of its Earths weight on the moon.  Solar panels and dish antenna would be deployed around the perimeter of the landing sight, sending data back to Earth. 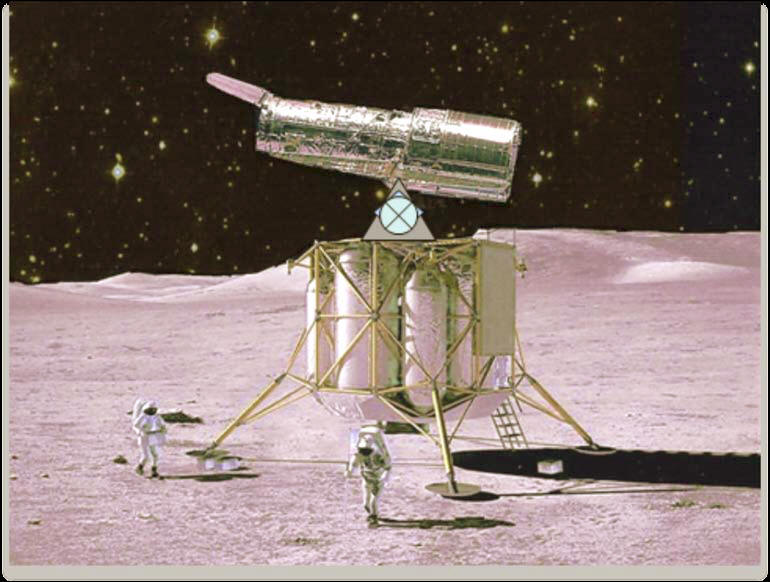 Within the Altair lander a set of hydraulic arms and levers will deploy the Hubble from its landing configuration and prepare it for its first lunar celestial angle.  Antenna reception from NASA and other Earth observatory (example Mount Palomar, Mount Wilson, SETI, U.S. museums and planetariums) will adjust its position with dish antenna mounted around the system.  Power requirements from the solar panels would have to store sun light for the dark phases of the moon.  The present-day Hubble equipment would have to be converted for its new scientific projects.  New scientific data on Eclipses and Earth Moon orbit would provide knowledge to the origins of the complexity of the solar system.  Data could be stored and compared at many of the observatories and planetariums. 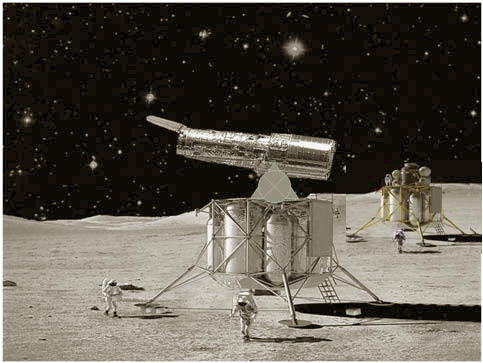 The servicing of the of the Constellation system would provide a launch of a double Altair System one with the Astronaut group and the other with an Altair cargo pod that would be used to deliver the Hubble observatory to the moon.  After launch the combined Altair system would orbit and take the Hubble out of Earth orbit and proceed to the Moon entering a Lunar orbit.  Once established the double Altair module would separate in orbit and then descend to the Lunar surface in conjunction.  The Altair Hubble unit could be controlled by both NASA on Earth and the Astronaut Altair system remotely. Observing comets, stars and planets.

Landing near each other the Astronauts would proceed to set up the Hubble observatory deploying the Hubble out of the Altair.  Configuring the dish antenna, computer systems, solar power panels a preliminary test of the Hubble could be initiated.  There would be two solar panel systems one already attached on the Hubble the other would be used to power the Altair combined robotic observatory base system which would direct the Hubble telescope in the celestial direction.

The selection of the Lunar surface would take into consideration the section of the Celestial sectors that would allow observation of Solar and Lunar Eclipses and provide scientific data pertinent to the Earth and Lunar orbits.  This data could be helpful in mapping the creation of the solar system and provide unknown scientific data pertinent to the mission.  Below is a combined design of the double Altair system and an assembled Lunar Hubble Altair platform, dish antenna and solar panels not deployed.

Future Moon mission could service and make necessary adjustments to the equipment.  Providing a base for other construction and development. 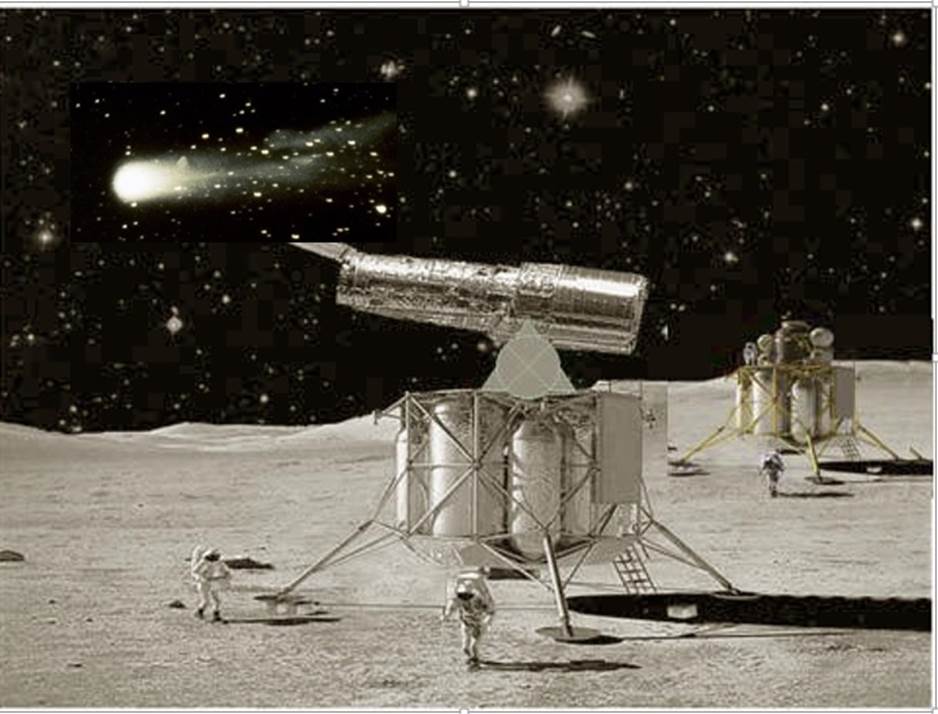 The Hubble Lunar Observatory would provide a new use for the Hubble and save taxpayer money at the tune of billions of dollars since the observatory is scheduled for termination with the end of the Space Shuttle program.  The first observatory of its kind would require new science by developing a lunar lander that can provide delivery and serve as a platform to direct the observatory.  This new technology would require a redesign of the Altair lander to deliver and then deploy the observatory with hydraulic lifts out of its holding camber.  These hydraulic arms will be the directing control fitted to a base motoring platform that could direct the observatory on to its celestial angles. These directions would require dish antenna deployed near the Altair to receive signals from NASA, for the coordinates of selection.  The system would also require a separate solar panel to provide energy for the motoring of the motors.  A redesign of the Hubble could possibly also eliminate the present solar panels for energy requirements of the Hubble and use the new ground based solar panels for the Hubble energy requirements, thus reducing the weight of the system.

The hydraulic arms and motoring system would have to be designed to work the Hubble’s weight of 20.5 earth tons (3.403 moon tons).  The Hubble would have to be redesigned with a bracketing system to attach to the hydraulic arms for the central axis of the pivoting angles.  These brackets would be installed in primary orbit of the Hubble prior to docking with the Altair cargo lander.  Removal of the present solar panels could allow ease of installation.

Earth side testing could take place with an Altair lander and simulated Hubble telescope analyzing for stress and balance of the system and rocket delivery of the lander.  This could take place with Astronauts simulating real Lunar conditions and deployment of the system and testing of the antenna and solar panels. With this new scientific knowledge, man could learn to place observatories throughout the solar system to learn of its nature and origins.

Based on budgetary availability developmental priority should include

1.) Planning a written blueprint of the of the Altair lander to deliver the

2.) Development of rocketry necessary for the delivery to the Lunar

3.) Development of the solar panel requirements.

4.) Development of the motoring, armature, and bracketing for the

5.) Development of the antenna control system.

7.) Development of a Hubble simulation unit, dimensional and weight

deployment and modifications necessary for the real Hubble

9.) Timeline for launching the system.

10.) Modification necessary for installation into the Constellation rocket.

11.) Launch and orbit with Hubble.

18.) Test and adjust Hubble and base observatory.

20.) Consider other missions with the same scope.

and museums through the USA via Lunar- Earth communications

The new technologies development would be the robot systems built into the Altair lander that would control and power the Hubble observatory creating a combined system.  The system would have to secure the Hubble for transportation to the Lunar surface.  This could be completed with brackets and magnetic belts holding the telescope to the lander till arrival.  Then hydraulic armature and motors powered by solar panels to lift the telescope out of its lander retainer and deploy the telescope for its celestial angle.  Antenna deployment near the lander would be connected to receive NASA Earth signals controlling the system once the Astronauts depart the landing site.

Aerospace S. and T. heritage of this concept was a Nassau Community College project term paper in Astronomy written in the 1970s by its PI Walter Barry.  The term paper suggested a lunar observatory with computers built on the moon.  It did not include the Hubble observatory but instead suggested a building with telescope and transmitting computers.  With the Hubble already in orbit a considerable savings in launch weight should be considered.

VI Risk Mitigation of the Use with the Constellation System

The timeline of threats on a mission to the moon would require an analysis of each Phase of events.  Phase 1; Earth side this includes the rocket configuration, loading of the Altair landers, crew configuration and training, processing the launch/launching. Phase 2, Low Earth orbiting with the Hubble, then docking with the Hubble and leaving Earth orbit.  Phase 3, Earth moon transition launching to the moon and orbiting with the moon.  Phase 4, separating the two Altair Landers and descent of the two Altair Landers with selection of landing positions and landing.  Phase 6, deployment of the of the crew, configuration of the Hubble, testing of equipment.  Phase 7, launching to low Lunar orbit and docking with orbiting ship and departing Lunar orbit.  Phase 8, Returning to Earth’s orbit or the International Space Station.  Phase 9, Re-entry to Earth and parachuting of module.  Phase 10, Crew medical screening and equipment inspections.

Each area of study could be scaled with levels of risk from 0-10 and equipment and crew could be tested and trained by simulation on earth prior to mission timeline.  This rehearsal could be refined with checklists and photo analysis. Several timelines of mission could be observed with various crews.  The crews with the higher risk scores should be processed out of the program while crews with the lower scores would be screened again.  Human and equipment limitations should be tested to strategies tailored to fatigue and stress.

The International Space Station can be used to provide a medical pit stop and check point of equipment prior to Earth’s reentry.  Earth orbit debris should be considered in all phases of mission as well as Lunar orbit.

Orbits can be divided into four groupings.  Orbit Alpha would launch a rocket with equipment to cradle the Hubble.  This can include a stop at the ISS to pick up and drop off astronauts and equipment  http://www.aerospacesandt.com/new_page_38.htm.

Orbit Beta would take the Hubble out of Earth's orbit and deliver it to the Lunar surface.  In addition GPS satellites would be placed around the moon during the mission http://www.aerospacesandt.com/Orbit%20Beta2.htm.

Orbit Gamma would bring back the astronauts to Earth using Earth and moon based GPS  http://www.aerospacesandt.com/new_page_43.htm.

Orbit Delta would bring the astronauts back to Earth's orbit and surface delivering them to the ISS where they would be quarantined in a closed section of the ISS for medical clearing, and then a departure back into Earth's orbit for re-entry back to 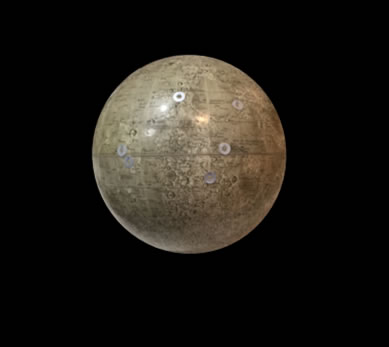 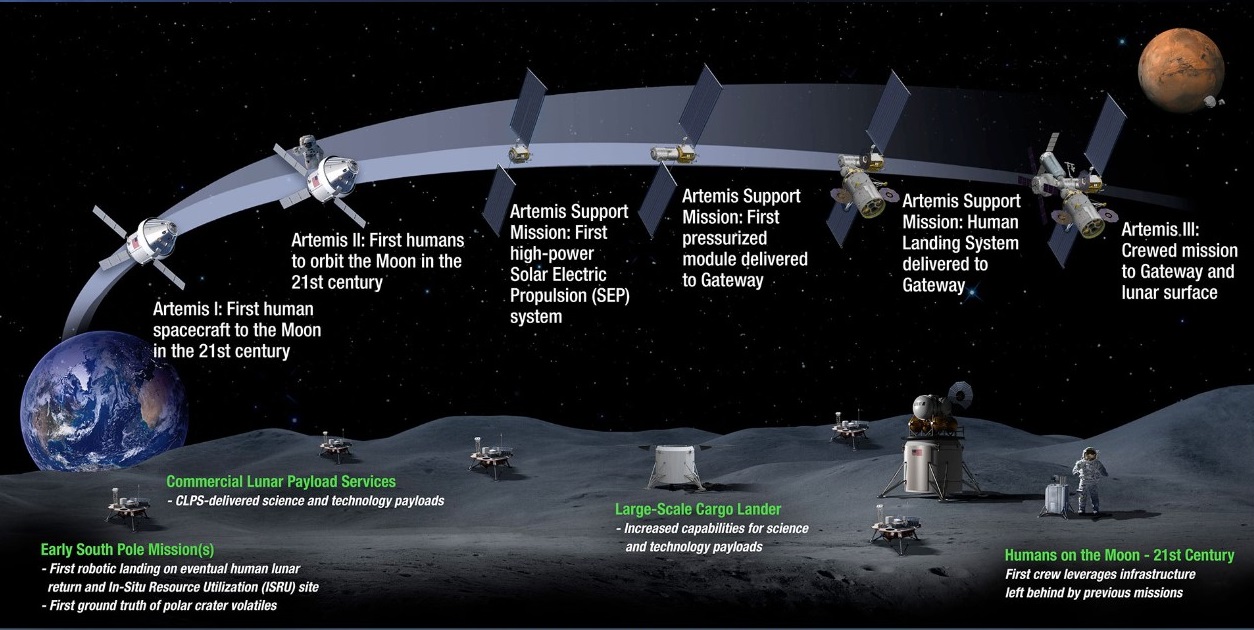 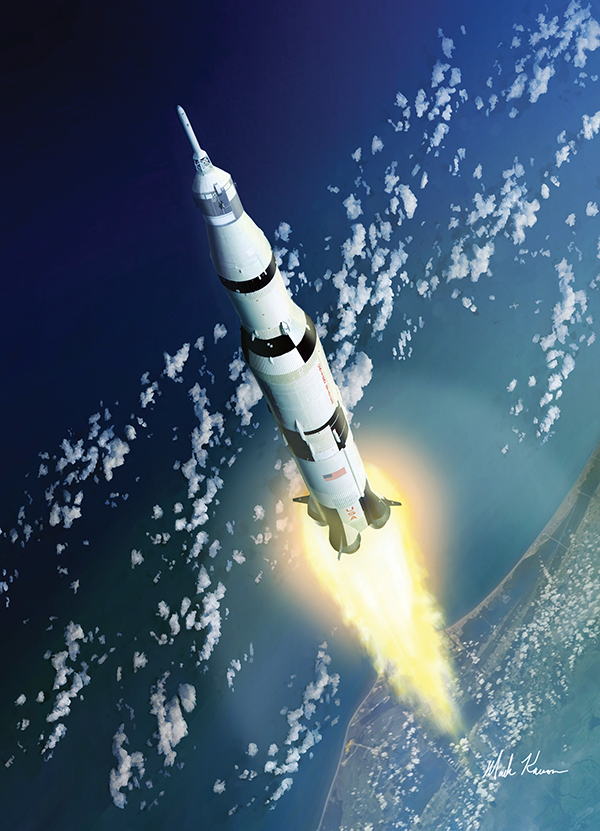 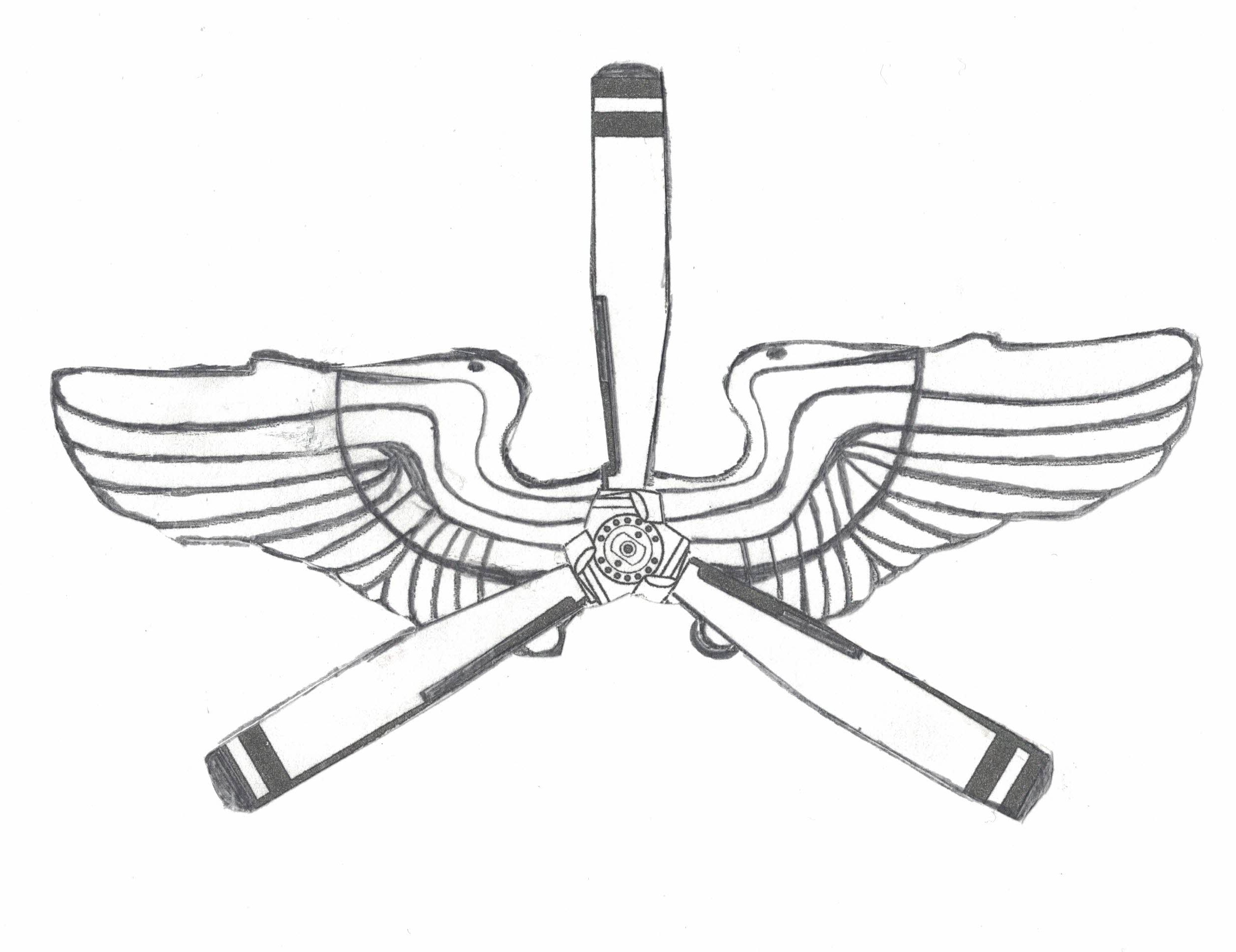